Review of NetEnt Casino Games for Players in Australia 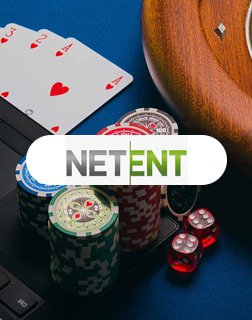 NetEnt (also known by their proper name Net Entertainment) is one of the top software developers for real money online casinos in the world today. Their casino pokies and games are chosen by some of the finest online casinos in Australia as well as around the world and it is easy to see why - the games are interestingly structured, they are graphics and feature-heavy, are mathematically foolproof, are completely safe and secure, and all perform seamlessly without any issues on any given platform. This game developer doesn't have the largest of games libraries (numbering just over 200), but what little they lack in quantity, they more than make up in the quality of products offered, and their portfolio is steadily increasing by the month.

NetEnt was born in 1996 and went from the humble beginnings of a tiny initial office in Stockholm, Sweden to a second office in Malta a decade later. Today, their offices in these two locations have become much larger, they are now part of the world-leading Evolution Gaming group, and their overall employee strength numbers almost a thousand. They have produced hundreds of online casino games which are hosted by some of the top casinos around the globe, including plenty of Australian ones. Every real money game they have developed over the past couple of decades has been fully optimized for both desktop as well as mobile gameplay - in fact, all their games are based on HTML5 and can be instantly played right off the browser and do not need to be played on a dedicated app.

NetEnt casinos in Australia can enjoy a fine suite of games from this developer. These range from the typical 3-reel and 5-reel pokies, to traditional casino table games such as roulette, blackjack, craps, and baccarat, to progressive jackpots. Most NetEnt games are also available to try for free, so you don't need to make a deposit if you just wish to have a spin for fun. Some of their most popular games, by estimated user count, in no particular order are:

Apart from these, NetEnt has also come out with a lot of branded games such as Planet of the Apes, Guns n Roses, Jumanji, Asgardian Stones, Jack and the Beanstalk, and plenty of others. Their library of progressive jackpots is also quite impressive, with Mega Fortune, Mega Joker, and Hall of Gods being some of the favorites. They've got some nicely designed table games too, and the company also develop options for use in live dealer games - indeed, their product list contains games for both online and offline retailers in Australia. Lastly, but certainly not least, NetEnt can call themselves innovators and pioneers in the field as they were one of the first to develop VR games for online casino play.

The Best NetEnt Casinos in Australia

NetEnt games are hosted by casinos around the globe, including in some of the best real money casinos in Australia. While Australian gambling regulations aren't very friendly towards operators who would like to run an online casino in this jurisdiction, there are still plenty of legal, licensed sites who offer their products and services, including games from NetEnt in the land. Some good NetEnt casinos include:

This list is by no means exhaustive and there are dozens of other good real money NetEnt casinos out there. A lot of them also host games by other developers, but NetEnt games have proven as popular as all the others, if not more. NetEnt's progressive jackpots too enjoy a stellar reputation and their games churn out few lucky Australian millionaires from time to time.

Advantages of Playing at NetEnt Casinos in Australia 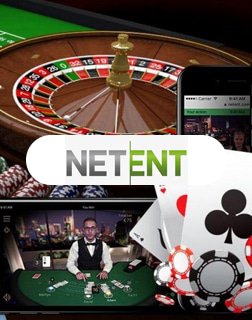 Games from NetEnt given their players a few clear advantages, particularly in terms of the quality of games (including their 3D games). They have excellently rendered high-resolution graphics focussing on cartoonish characters, and the gameplay is very nicely designed (some even call it addictive!). While their pokies are usually feature-rich, their table games focus on user-friendliness and don't come with too many frills attached. Most importantly, all NetEnt games are 100% fair, as attested to by regular independent audits.

NetEnt casinos in Australia who host games by this developer can ensure giving their customers an RTP (Return to Player- which refers to the percentage of money given back to wagering customers) rate of between 95% and 97%, which is among the highest in the industry. Their games also employ plenty of multipliers such as Wild Symbols and Scatter Symbols to maximize the opportunity for players to get returns. NetEnt's games also have a good mix of volatility - low volatile games refer to games which payout more often but at a lesser amount per payout, while higher volatility refers to less frequent payouts but with larger amounts per win - NetEnt ensures that the volatility of their games contains a good mix so there's something in it for all players at NetEnt casinos.

Another great benefit that customers of NetEnt casinos can enjoy is that the games are regularly used as part of a lot of promotional offers in Australia. Both no deposit and deposit based bonuses, along with free spins, given out by online casinos can typically be used in only specific games, and the nature of NetEnt's games makes them more conducive as bonus games. Indeed, some of the best bonus and promotional deals are offered by NetEnt casinos and games.

Overall, players from Australia would serve themselves well by choosing to play on NetEnt casinos - the games are excellently designed, are completely secure, are mathematically fair, have some great features, and more often than not are associated with some good Australian real money bonus and promotional offerings, so it is no wonder that this developer has won numerous awards for their products over the years.